I’ve been working hard on my fantasy novel lately, but given my minuscule attention span and attraction to All Things Internet, it was inevitable that I waste at least a little bit of time online when I should’ve been writing.

But rather than watching an endless parade of cat videos or reading YouTube comments and despairing of humanity, I instead used my precious time to create…a newer, more complete Fake Cast Poster for Chosen~~~! 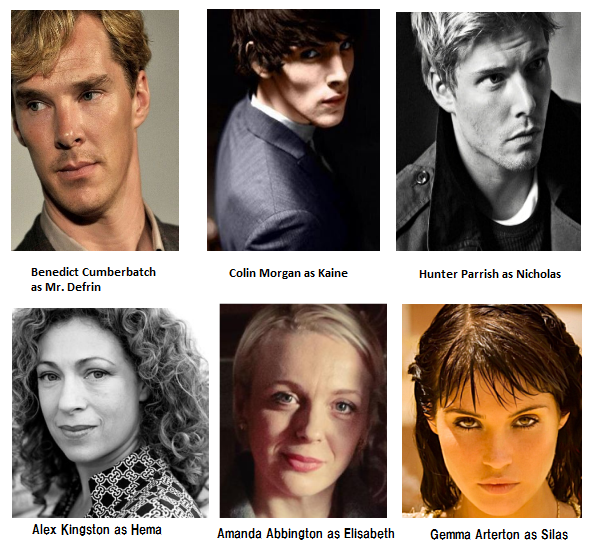 A brief explanation of the premise of Chosen, for those who haven’t been feverishly reading every word posted on this blog: 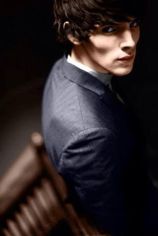 After the mysterious disappearance of his father, 16-year-old Kaine Ikarra moves with his mother to the small town of Aurora. Unable to cope with his feelings of guilt and abandonment, Kaine begins to close in on himself, spending the majority of his time shut up in his room studying magic. In this conservative, gods-fearing town, however, interest in magic is a dangerous thing.

The Book of the Gods warns against the Marked Ones, a group of people who, for their crime of stealing power from the gods, were cursed to an endless cycle of reincarnation, being kept forever out of the gods’ glorious realm. The people of Aurora fear the Marked Ones like nothing else, and are more than willing to kill anyone they discover to be Marked.

With his sarcastic, secretive nature and talent for magic, Kaine is a natural target for his neighbors’ suspicions, and must hide his powers or risk the people of Aurora discovering his secret – that he is one of the Marked. According to the Book of the Gods, he is an abomination who must be put to death, and he knows that his new neighbors won’t hesitate to do just that if they find out what he is. But Mr. Defrin, his teacher and mentor, assures him that the Book of the Gods is wrong, that the Marked are not enemies of the gods at all – they are the Chosen.

And for the record, writing that teeny little summary took me a good hour and a half.

Summaries are hard, yo.

Anyway, regarding the cast picture above: Benedict Cumberbatch, Colin Morgan, and Hunter Parrish have been “cast” for quite some time, and I actually wrote the character of Mr. Defrin’s wife, Elisabeth, with Amanda Abbington in mind.

Alex Kingston, however, was a mad stroke of genius that hit me yesterday, because damn, she’s perfect for the role of Kaine’s tough, loving, frequently swearing healer mother.

Gemma Arterton, I confess to having never seen in anything except an interview on the Graham Norton Show, which probably doesn’t count. I chose her mainly because she just looks like my mental image of Silas. Silas is a diminutive, sweet-faced bully who beats the hell out of Kaine because she catches him practicing a spell in the woods, and her uber-religious dad has brainwashed her with anti-magic and anti-Marked propaganda for her entire life. So yeah, she has some Issues. But she’s a lovely girl, really, if your definition of “lovely” is “terrorizes half the school with her gang of muscly thug friends and makes Kaine’s life a living hell.”

Anyway, Nicholas hasn’t been in the story much yet, but he’s actually the second main-main character after Kaine. He and Kaine start out with a sort of rivalry relationship, both vying for Mr. Defrin’s attention – Nicholas as his son, Kaine as his student – but come together later after Bad Things Happen. Their beautiful Man Love is really the heart of the story, and has been both one of the most wonderful and one of the most challenging things I’ve ever tried to write. *_*;

Buuuuut, anyway. Now that I’ve geeked out appropriately re: my own story and characters, I shall return to actually writing said story, as that’s probably a slightly better use of my time.