I know what you’re thinking: I’m in desperate need of something good to read, and on an entirely unrelated note, I have all these great heaps of extra cash cluttering up my home. Whatever am I to do?

Well, salvation is at hand, my friends.

June is Pride Month, as it happens, and what better way to celebrate than by using your unwanted wads of cash to buy some quality gay fiction written by yours truly? 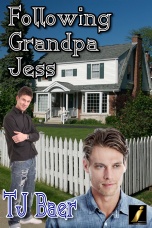 (Click any of the above images to go to the books’ respective Amazon pages.)

All proceeds go toward helping me pay my rent and keeping Benny happily chowing down on his favorite flavors of Fancy Feast – a most worthy cause indeed.

And if you need further incentive, head over to my Books page for samples and reviews of the books in question. Or you could check out this absolutely-real-and-not-in-any-way-just-a-gif-from-the-internet footage of a Wee Child reading one of my books:

In other news: As for the very important question of what I’ve been doing lately, my primary pastimes as of late have been teaching, working on Chosen, eating too much freshly baked bread from the bakery down the street, and then teaching some more and working on Chosen some more. 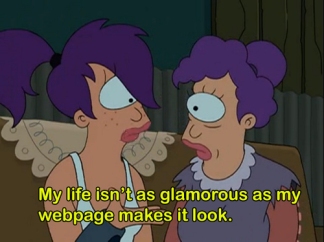 I’ve actually been making a lot of progress writing-wise, and have even reached the point where the two main characters of Chosen have their first conversation.

…Twelve chapters into the story. But seriously, it’s worth the wait. Or it will be once I actually get the scene finished. But it’s going very well so far, full of awkwardness and defensiveness and random bits of genuinely liking each other, plus the usual sarcasm and snarkiness from Kaine.

Actually, I’ve been realizing something through the writing of Chosen – I strive to be like Kaine’s mentor, Mr. Defrin, calm and patient and always willing to give humanity the benefit of the doubt. But in reality, I’m 100% Kaine, defensive and socially awkward and sure the Universe is about to dump a torrential rainstorm of badness on everything good in my life.

Yeah. We both have some issues we need to work through.

Anyway, I’m very much enjoying my work on Chosen, the story is progressing, and aside from the giant pile of unwashed dishes that’s been slowly gathering mold in my sink, all is well.

Annnnd it’s well past my Old Lady Bedtime of 9:30, so I’ll just finish waving my stick at the kids playing rock music on my lawn and then head off to bed. Someday I will return, and perhaps on that day, I’ll have something even remotely noteworthy to say on this blog.

But today is not that day.  Good night, friends~~

So, you know that thing I said about updating more frequently?

Yeah, not so much.

Anyway, since I’m sure you’re all absolutely burning to know what I’ve been up to, I’ll tell you. First off, I’ve been studying a great deal of Japanese, because I have a deep masochistic streak and want my brain to shrivel up and die, apparently. I’ve also been doing a bit of writing on Chosen (see prior entries re: my Gay Fantasy Epic), which is clipping along at a tortoise-like slow-and-steady pace, but is at least moving in the right direction. (Yay.)

I’ve also been working on a (semi-) new story, one which I’d like to introduce to you today for lack of anything better to talk about. And that story shall henceforth be known as…

The sad truth is, I don’t have a title for it yet, though one of the working titles is Queer Investigations. Because, as one character puts it, “Two lesbians and a charming gay man who investigate weird – or queer – things for a reasonable fee. It’s perfect, right?”

Our main character is Lila Matsumoto, a half-Japanese Chicago girl of the lesbian persuasion who’s abandoned her dull 9-to-5 job in favor of running a Paranormal Consulting business.

It was a pretty good gig, overall—interesting, reasonably lucrative, let me set my own hours—but it did have some downsides, such as having to keep track of all my business expenses for taxes, and those occasional times when unholy creatures of the night decided they wanted to kill me and feast on my innards. But it was pretty decent for the most part, and allowed me the added bonus of sharing my working hours with my two  best friends, bat-shit insane though they both were.

It’s a fun story to write, and a nice departure from Chosen, which is more on the serious side and all written in third person. It’s nice to drop back into something closer to my own “voice,” and I’m having a great time exploring these characters. Lila is tough and confident, but has major trust issues and can’t seem to let go of the memory of her Aunt Harry, who was killed Quite Mysteriously when Lila was just a kid. Nadine is dreamy and good-natured, obsessed with movies and science fiction, while Miranda keeps herself immersed in books as a guard against reality and social interaction. Lila’s had a bit of a thing for Miranda for years, but Miranda’s never shown any interest in anyone, male or female, so the whole thing seems pretty hopeless. BUT IS IT REALLY??

Anyway. I did some work on it today (including doing a random Google search for actresses to fit my image of the main characters, because that was totally necessary >_>), and I’m hoping to get some more work done on it and maybe someday actually – gasp – finish the durned thing. Which, I swear, is a more interesting story than it probably sounds from this sleep-deprived, overly caffeinated description.

And now, because I need to get to bed, I leave you with this profound thought:

Edit: So, it would seem that in my somewhat less than coherent state last night, I typed in the wrong working title. It’s supposed to be “Queer Investigations,” not “Queer Consulting,” but as the latter was typed first, it is now and forever part of the URL for this entry. I could change it, yes, but that would take too much of my precious energy, which I could be putting to other, better uses – like cleaning my apartment (unlikely) or rewatching eps of Avatar: The Last Airbender (more likely).

So, yes. Just wanted to put that out there. :P 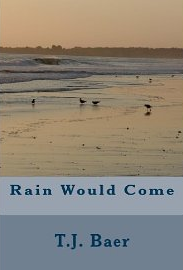 Rain Would Come
by T.J. Baer

Soon, maybe very soon, she was going to die.

On the eve of her sixty-fourth birthday, Barbara wakes up with the certainty that she’s going to die, and soon. But when? How? And what will happen after?

Determined to make the most of her last days, Barbara invites a certain lovely lady to accompany her to the beach for an afternoon of sun, wine, and talking about eternity.

A rich, poignant tale of death, life, and two older ladies in love.

Click below to read Rain Would Come in full!

If you’d like a paperback copy of the story, it’s available on Amazon here. Kindle version is available here.

First of all, I would like to offer a cheerful greeting to the thousands upon thousands of frenzied fans who visit this site each and every day to bask in the genius of my ramblings. <3

…I will pause so the crickets may chirp.

Anyway, I’m pleased to announce that I’ll soon be releasing a new short story, which will then allow you, my faithful readers, to toss more of your money at me via Amazon. Hurrah!

Rain Would Come
by T.J. Baer

Soon, maybe very soon, she was going to die.

On the eve of her sixty-fourth birthday, Barbara wakes up with the certainty that she’s going to die, and soon. But when? How? And what will happen after?

Determined to make the most of her last days, Barbara invites a certain lovely lady to accompany her to the beach for an afternoon of sun, wine, and talking about eternity.

A rich, poignant tale of death, life, and two older ladies in love.

Re: the writing of this story…

So, yeah, death scares me. In fact, it scares the hell out of me. This story, I guess, is my attempt to deal with that fear and make it into something a little softer, something  I can look at with peace and understanding rather than pants-wetting terror.

In addition, my mother has said to me a few times that I should try writing about something other than gay men. So, in answer to that request, I present… Lesbians! \(^o^)/